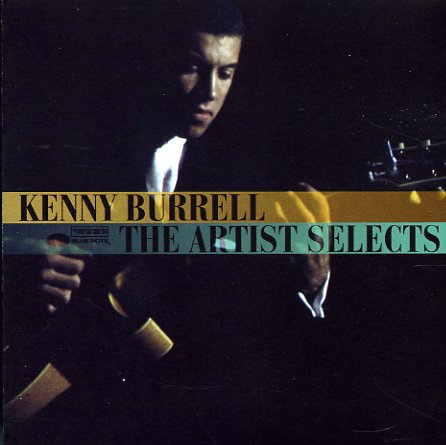 Kenny Burrell Vol 2 (Blue Note 1543)
Blue Note (Japan), 1956. Used
CD...$14.99
Early genius from Kenny Burrell – a set that features the guitarist sounding beautiful in a variety of settings, all of them great! The format really mixes things up nicely – almost showing a more diverse Kenny than in later years – as one track is solo, and the others feature ... CD

Special Requests – Live At Catalina's
High Note, 2013. Used
CD...$9.99
A sweet little live set from the legendary Kenny Burrell – one that not only captures his still-great sounds on guitar, but which also features some Kenny's own words introducing the tunes! The format here is very up-close and personal – specially-selected songs that Burrell plays ... CD

Soulero
GRP/Argo, 1966/1967. Used
CD...$9.99
A great selection of tracks that Kenny recorded for the Argo/Cadet label in the mid 60s – some of his grooviest work from the decade, with a lean sound that has him soloing brilliantly in rhythmic settings that bring out the best of his soulful side! A number of tracks were arranged with ... CD