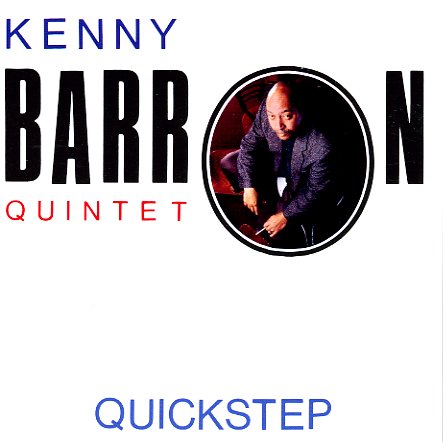 One of those great Kenny Barron records from a time when it seemed like the pianist could do no wrong – effortlessly turning out great sessions like this, with such prolific energy that it's sometimes hard to remember them all! Yet even so, Quickstep is a real standout – a record that shows the maturity Barron was hitting as both a leader and a player at the time – a fierce, focused power that really brings together a great quintet here – with John Stubblefield on tenor, Eddie Henderson on trumpet, David Williams on bass, and Victor Lewis on drums! The record's the sort that we treasure more and more over the years, and feel like we never appreciated fully at the time – and titles include "Hindsight", "Quickstep", "Big Girls", "Here & There", "Once Upon A Time", and "I Wanted To Say".  © 1996-2021, Dusty Groove, Inc.
(Out of print, punch through booklet.)

When I Was At Aso Mountain
Enja/Ultra Vybe (Japan), 1990. Used
CD...$18.99
Elvin Jones introduces Japanese pianist Takehisa Tanaka to a larger audience – giving him a perfect setting with a quartet format that also includes Cecil McBee on bass Sonny Fortune on flute and tenor sax! Tanaka's style is a bit laidback – spacious, but sometimes a bit wispy, even ... CD

Long View
Enja, 2002. Used
CD...$4.99
A long form work in six parts with a large horn section that occassionally contracts to a much smaller group. Musicians include James Zollar on trumpet, Ned Rothenberg on alto sax and clarinet, Mark Feldman on violin, Wayne Horvitz on piano, Mark Dresser on bass, and Pheeroan AkLaff on drums. CD

Art Of The Duo
Enja (Germany), 1983. Used
CD...$6.99 (CD...$9.99)
A fantastic showcase for these two modern jazz giants – sublime trombone sounds from Albert Mangelsdorff, perfectly paired with the alto sax of Lee Konitz – all at a level that makes the album one of the best from both players at the time! The session was actually a late MPS effort, ... CD

Last Great Concert – My Favourite Songs
Enja, 1988. Used
CD...$5.99 (CD...$13.99)
One of the last albums that Chet Baker recorded – and a set that changes things up a bit from the smaller combo setting of most of his final decade! The set features some small group work, but also brings in larger orchestrations on a number of tracks – balancing the fragility of Baker' ... CD

Drifting
Enja (Switzerland), 1974. Used
CD...$4.99
The title's an appropriate one – as the record drifts a bit lazily from track to track. The energy never really picks up, and but it's got a nice laid back, spacious approach, settling comfortably into its destiny as a set of piano/bass duets. Titles include "Space Maker", "No ... CD