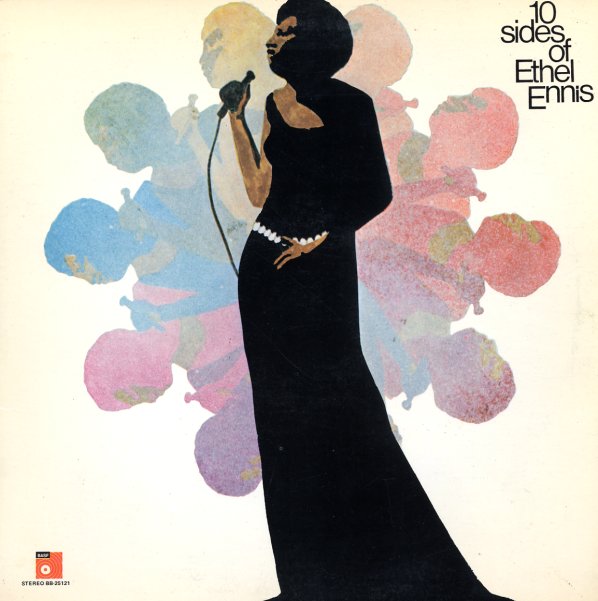 Julie
Liberty, 1958. Very Good-
LP...$9.99
One of the greatest early albums by Julie London – a record that features sublime jazz backings from the Jimmy Rowles Orchestra, in a mode that gets way past the "breathy girl with subtle guitar" sound of her first few for Liberty! Rowles' backings bring in some really nice horn ... LP, Vinyl record album

Luba – Chi Jazz
Erect, 1981. Very Good+
LP...$2.99
An obscure bit of Chicago jazz – featuring vocalist Luba Raushiek, kind of a self-styled spiritualist, with an approach that hits both traditional modes, and more far-out soulful ones – running through styles that range from Leon Thomas to Billy Eckstine, as was typical for a small club ... LP, Vinyl record album

Never Make Your Move Too Soon
Concord, 1980. Very Good+
LP...$4.99
A key moment in the career of vocalist Ernestine Anderson – a record that not only returned her to the public eye after a flurry of initial sides in the late 50s and early 60s, but which also finally helped Anderson find a sound that worked! The album's done with backing by the Monty ... LP, Vinyl record album

Great American Songbook – Recorded Live At Donte's
Atlantic, 1971. Very Good+ 2LP Gatefold
LP...$8.99
The title sounds a bit ambitious, but the album's actually a great intimate date from Carmen McRae – a beautifully-recorded small combo performance – caught live at Donte's in LA, with a sound that hearkens back to some of Carmen's best work of the 50s! The format is spare and simple ... LP, Vinyl record album

Jazz
Columbia, Late 50s/1960s. Near Mint- 2LP Gatefold
LP...$14.99
A great collection of some of the more jazz-based work of singer Tony Bennett – one that features a huge amount of all-star musicians – including Al Cohn and Stan Getz on tenors, Count Basie and Herbie Hancock on pianos, Nat Adderley on cornet, Chico Hamilton and Art Blakey on drums, ... LP, Vinyl record album