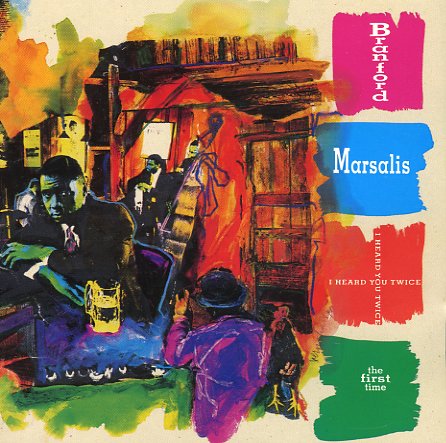 I Heard You Twice The First Time

In My Solitude – Live At Grace Cathedral
Okeh, 2014. Used
CD...$7.99
Branford Marsalis in a wonderful solo setting – a record that has the reedman playing in the open, echoey space of San Francisco's Grace Cathedral – a famous site that's also hosted legendary performances by Duke Ellington, Cal Tjader, and Vince Guaraldi! Branford blows both tenor and ... CD