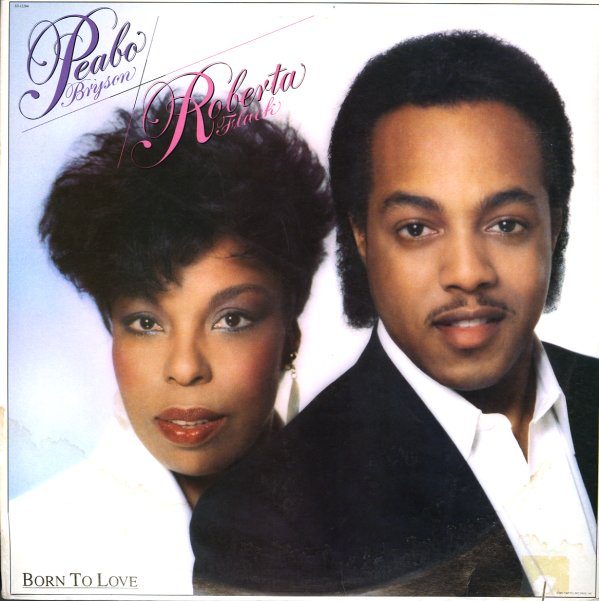 The beautiful full scale duets set from Peabo Bryson and Roberta Flack – a record that's no doubt defined by it's biggest hit – but the rest is just as great! Born To Love kicks off with "Tonight I Celebrate My Love For You" – a song that's doubtlessly one of the most inescapable slow dance classics ever – and if its ubiquity overshadows the rest of the record, that's not because it's any less excellent! Peabo's affectionate style is in top form here, and Roberta is such a perfect duet partner – with plenty of lead moments of her own. It definitely feels like a perfectly balanced partnership. The record's got some lovely slow jams on par with the aforementioned pop soul standard, plus some great ones that up the tempo a little bit. Other titles include "Blame It On Me", "Born To Love", "Heaven Above Me", "Comin' Alive", "Can We Find Love Again", "You're Looking Like Love To Me" and more.  © 1996-2020, Dusty Groove, Inc.
(Cover has a promo stamp.)