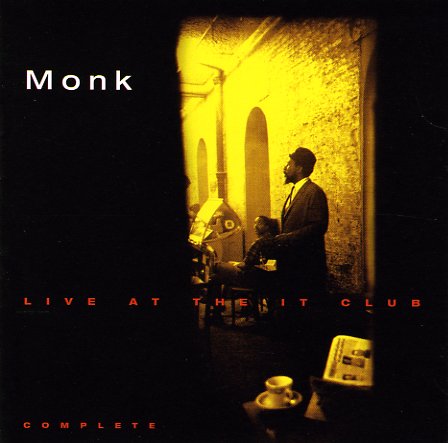 Live At The It Club – Complete

A lost Thelonious Monk treasure from the 60s – a really open-ended live set recorded in LA in 1964, but not issued by Columbia until the early 80s – making the package a wonderful re-discover of Monk's genius during these years! The tunes are much more freewheeling than some of the studio work cut by Monk's quartet at the time – stretched out takes on Monkish favorites, played by Thelonious on piano, Charlie Rouse on tenor, Larry Gales on bass, and Ben Riley on drums – all with plenty of room for extended solos. This wonderful 2CD package brings together the complete recordings from the show – offering up many tracks in their full recorded versions, and adding in a few unreleased tracks too – titles that include "Bemsha Swing", "Blue Monk", "Well You Needn't", "Misterioso", "Gallops Gallop", "Teo", "I'm Getting Sentimental Over You", "All The Things You Are", "Blues Five Spot", "Evidence", "Bright Mississippi", and "Nutty".  © 1996-2023, Dusty Groove, Inc.
(Please note: missing back traycard and priced accordingly.)