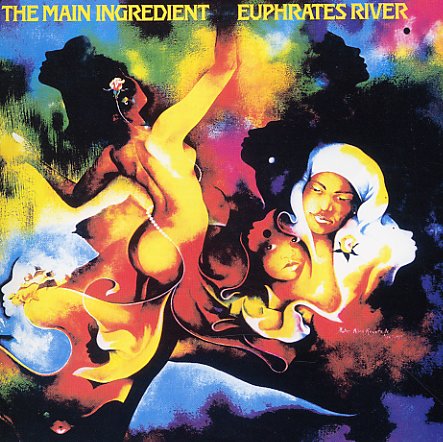 Although the Main Ingredient were best known for their early 70's singles, this album from '74 is a wonderfully complex batch of tunes that shows that the group were taking a cue from some of their hipper contemporaries, and pushing past a stock hit formula. Bert DeCoteaux was still arranging, but the group produced themselves, giving the record a sexy funky feeling in the best parts, not that dissimilar from some of Marvin Gaye's work, or records by groups like The Isley Brothers or The O'Jays. Includes great versions of two Seals & Crofts songs – "Summer Breeze" and "Euphrates" – both a perfect example of this style, as is "Happiness Is Just Around The Bend" – plus a great reading of Willie Hutch's "California My Way", which has a super-dope sample at the beginning. Of course, the album still includes material like their hit " "Just Don't Want To Be Lonely", a sweetly style AM radio pop hit in the band's best style of earlier years.  © 1996-2022, Dusty Groove, Inc.
(Still sealed with hype sticker! Cover has a cutout notch.)