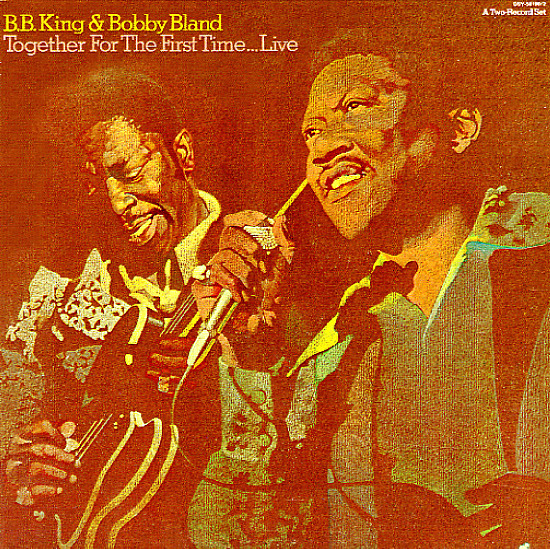 A mid 70s meeting of two seminal blues talents from the Memphis scene – singer Bobby Blue Bland, and legendary guitarist BB King! The pair were both working for ABC at the time – major label fame after years woodshedding in the indies – and hitting well-deserved fame for their huge talents – still as fresh here as they were a decade before, and unmarred by any studio sanitization in this great live set! The record does an especially good job of bringing together the artists verbally – letting Bobby and BB open up and rap a bit during the songs – yet still having plenty of space to go into their own thing musically, too. Titles include "It's My Own Fault", "I'll Take Care Of You", "I'm Sorry", "3 O'Clock Blues", "Goin Down Slow", and a great long Medley track.  © 1996-2022, Dusty Groove, Inc.
(Early 80s MCA pressing in a non-gatefold cover.)