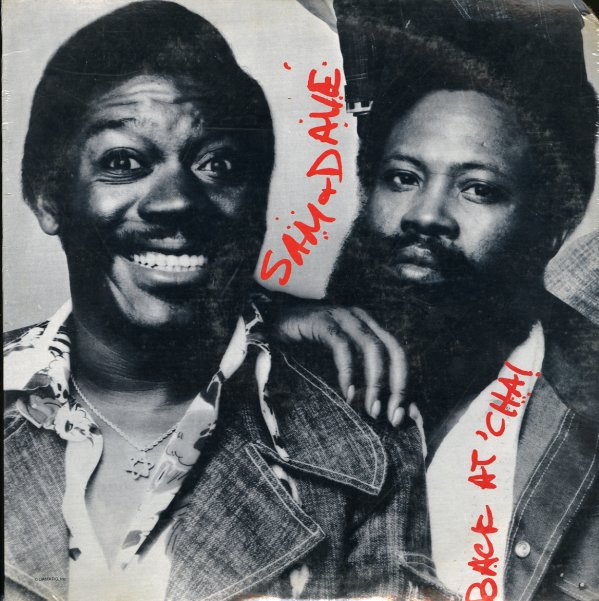 A rare late LP Sam & Dave cut for United Artists in the mid 70s – with raw & gritty soul vocals and rough hewn, yet soulfully resonant production by Steve Cropper, and backing by a slew of Memphis sessions specialists! Back At Cha is a coulda-shoulda-woulda been great comeback effort, and if failed to chart them for renaissance revival, it sounds pretty sharp all these years later. Sam & Dave's vocals go more for raw emotional grittiness, well matched by heavier Memphis soul backdrops for the most parts, and a touch of string accented sweetness in a spot or two. Titles include "When My Love Comes Down", "There's A Party In My Heart", "Blinded By Love", "Under The Boardwalk", "Come Into My Life", "Queen Of The Ghetto", "Give It What You Can" and more.  © 1996-2023, Dusty Groove, Inc.
(Spanish pressing. Cover has light wear and some aging.)

Hold On, I'm Comin'
Stax, 1966. Very Good+
LP...$54.99
Classic Sam & Dave work for Stax – a searing batch of hard soul tracks that forever redefined the concept of a male soul duet! This was the sound that put Sam & Dave over the top hard – and which left a generation of similar acts trying to catch up. The album sports a sublime ... LP, Vinyl record album

Sly & The Family Stone Greatest Hits
Epic, 1970. Very Good+ Gatefold
LP...$9.99
Almost a "greatest hits" of greatest hits albums – one of those collections that almost sold more copies than all the full albums by the artist – forever earning Sly & The Family Stone a place in record collections around the globe! All the hits are here, laid out back to ... LP, Vinyl record album