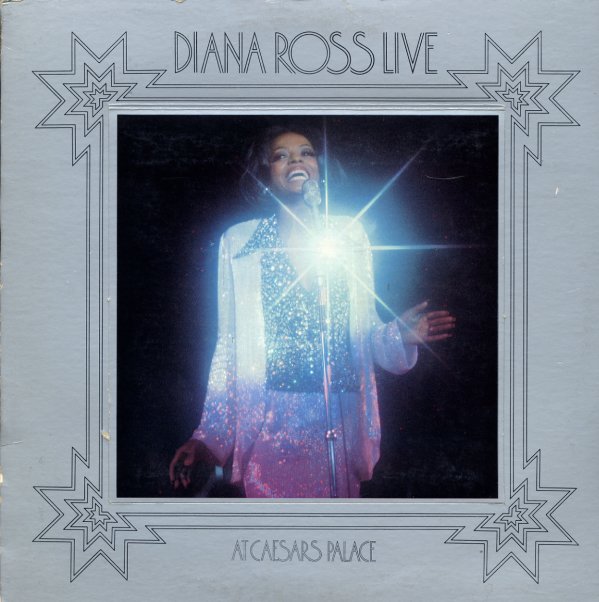 A fantastic early demonstration of the solo powers of Diana Ross – a live date from Vegas, and one that has her commanding the stage not just as a singer of soul music, but as a female star ready to rival the talents of any of her contemporaries in the mainstream! Ross shines here with a brilliant brightness right from the start – working with a large ensemble that echoes all her best Motown roots, but which also pushes things out in fuller, more vibrant modes too – as Diana runs through tracks that include old soul favorites, jazz standards, and even some surprising choices from the charts – at a level that's filled with poise, class, and soul throughout. Titles include a great "Supremes Medley", plus "Don't Rain On My Parade", "Corner Of The Sky", "I Love You Porgy", "My Man", "The Lady Is A Tramp", "Ain't No Mountain High Enough", and a "Lady Sings The Blues Medley" with titles from the Billie Holiday songbook.  © 1996-2022, Dusty Groove, Inc.
(Original pressing in the die-cut cover, with a lightly bent corner.)