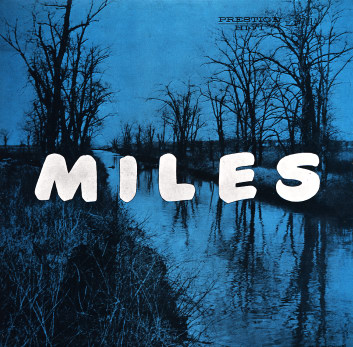 A huge moment in jazz – not just for trumpeter Miles Davis, but also for saxophonist John Coltrane – who was virtually introduced to the world at large with this record! As you might guess from the title, the record's the first to feature Coltrane playing along with Davis – a sublime combination that resulted in some key sides that forever helped shape the sound of jazz. Rhythm is by the famous trio of Red Garland, Paul Chambers, and Philly Joe Jones – and apart from the top-shelf solo work, the interplay between the horns is also fantastic. Titles include "Just Squeeze Me", "There Is No Greater Love", "How Am I To Know", "S'Posin", "The Theme", and "Stablemates".  © 1996-2022, Dusty Groove, Inc.