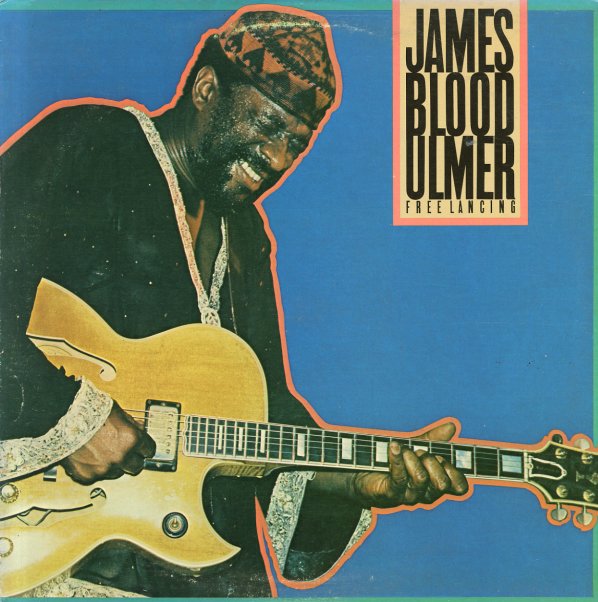 A major label set, but one that stays very true to the new ideals that James Blood Ulmer was trying to bring to jazz guitar at the time – a really revolutionary style that moves beyond simple genre conventions, and embraces a whole world of new ideas that would inspire others in the decade to come! Ulmer plays with a real frenzy at points – deep currents that reflect the bluesy touches of his early work in jazz organ combos, but given a skittish energy that reflects his association with the downtown crowd – and which was very fitting for his record with Rough Trade! The core group here features James, bassist Amin Ali, and drummer G Calvin Weston – and some tracks feature work from David Murray on tenor, Oliver Lake on alto, and Olu Dara on trumpet. Titles include "Timeless", "Pleasure Control", "Night Lover", "Happy Time", "Rush Hour", "Stand Up To Yourself", and "High Time".  © 1996-2021, Dusty Groove, Inc.
(Cover has light wear.)

My Funny Valentine
Columbia, 1964. Near Mint-
LP...$29.99
One of those key cases where Miles Davis took a familiar song and made it his own! The set's a live one, and features a famous 15 minute version of "My Funny Valentine" – played by Davis in a spacious, open sort of way – and one that has key hints of the modernism to come in ... LP, Vinyl record album

Don Ellis At Fillmore
Columbia, 1970. Near Mint- 2LP Gatefold
LP...$9.99
Funky madness at the legendary Fillmore Auditorium – and a searing set of tracks that rivals the best studio work from trumpeter Don Ellis! The feel here is really open, spontaneous, and inventive – and tunes are a lot more extended than on most of Don's studio sides from the time ... LP, Vinyl record album