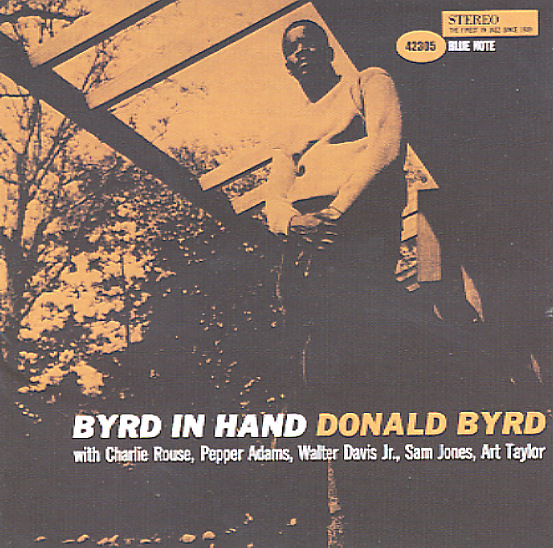 One of the best of Donald Byrd's early Blue Note albums – a sparkling set of hardbop tunes with a really souful edge! The album's one of a few that feature Byrd working with baritonist Pepper Adams – a frequent partner on his best recording dates of the late 50s, of which this set is one of the best. The rest of the group includes a rhythm section of Walter Davis, Sam Jones, and Art Taylor – all grooving nice and hard – plus tenor work by the great Charlie Rouse, whose raspy tone really gives the set a tremendous amount of depth. Tracks are a good blend of originals by Byrd and Davis, swinging with the lyrical beauty of a Horace Silver set of tracks – and titles include "Devil Whip", "Bronze Dance", "Clarion Calls", and "The Injuns".  © 1996-2021, Dusty Groove, Inc.
(Out of print.)