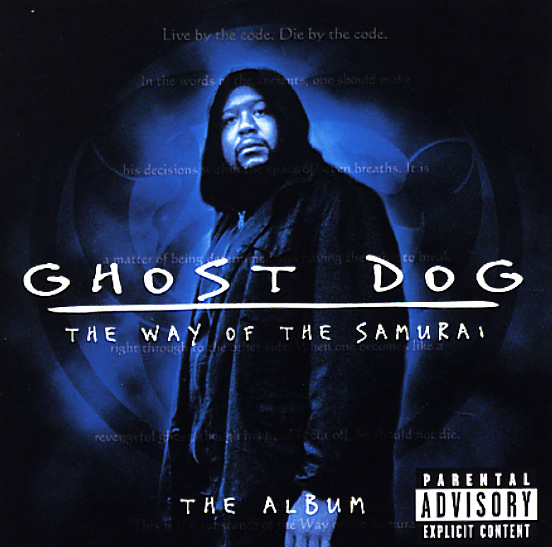 Ghost Dog – The Way Of The Samurai

Some of RZA's best production work from the end of the 90s/start of the 00s – and the soundtrack to Jim Jarmusch's underrated samurai/crime flick Ghost Dog! The album features mostly Wu or Wu produced tracks, and lots of nice spoken dialogue bits of Forrest Whitaker reading from the book of samurai wisdom. "Cakes" by Kool G Rap, "Samurai Showdown" by the RZA and "East NY Stamp" by Jeru & Afu Ra were the cuts to us, also includes tracks by Masta Killa, Sunz of Man, Tekitha & North Star.  © 1996-2023, Dusty Groove, Inc.
(Still sealed, barcode has a cutout hole.)

Ghost Dog – The Way Of The Samurai
Epic/36 Chambers, 2000. Used
CD...$8.99 (CD...$12.99)
A fantastic meeting of the minds – as director Jim Jarmusch makes a film that's a nod to the old martial arts films of the 70s that inspired the Wu-Tang Clan in their music – and RZA gets a chance to contribute to the soundtrack, with help from the Clan as well! The music is maybe the ... CD