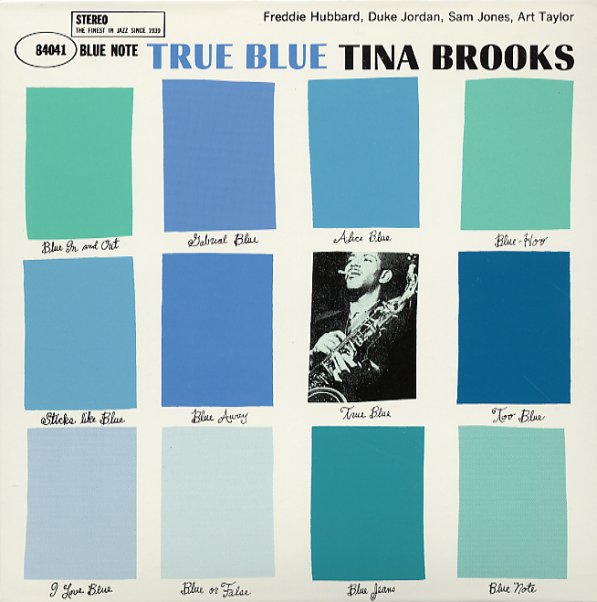 One of the greatest albums ever for Blue Note – and the only album recorded by tenor player Tina Brooks that was issued during his lifetime! The album's nearly perfect – and features Brooks' edgey tenor set in an all star group that includes Duke Jordan on piano, Freddie Hubbard on trumpet, Sam Jones on bass, and Art Taylor on drums. Brooks had blown on other Blue Note sessions before, but here, working as a leader, his sound is tremendous – vaguely to the left of center of some of his other tenor counterparts on the label, but with an equally impeccable approach to soul and rhythm. Titles include "Miss Hazel", "Good Old Soul", "Up Tight's Creek", and "Theme For Doris". CD also features 2 bonus tracks – alternate takes of "Good Old Soul" and "True Blue"!  © 1996-2022, Dusty Groove, Inc.
(Out of print.)

Back To The Tracks
Blue Note, 1960. Used
CD...$14.99
One of those rare Blue Note sessions from tenorist Tina Brooks – originally recorded for the label in 1960, but never issued at the time – yet easily on a par with their more famous work of the period! Brooks' horn has a nice hard edge here – that sharp-edged modernism you'd hear ... CD