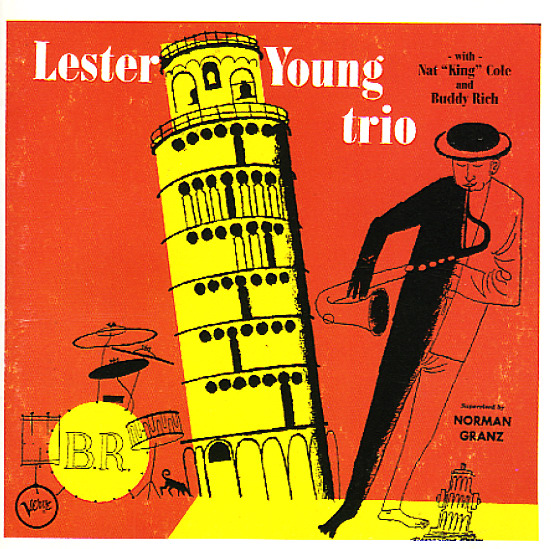 An early trio session by Lester Young – recorded with Buddy Rich on drums! The record also features an obscure pianist named "Aye Guy" – Nat King Cole under another name! Guy and Young trade lines in a very nicely relaxed format, and even though the record's mostly all standards, the group works well with the material. The one original track – "Back To The Land" – is a live improvised one, recorded in the studio with no overdubs – and other titles include "I've Found A New Baby", "I Cover The Waterfront", and "Somebody Loves Me".  © 1996-2022, Dusty Groove, Inc.
(Out of print.)