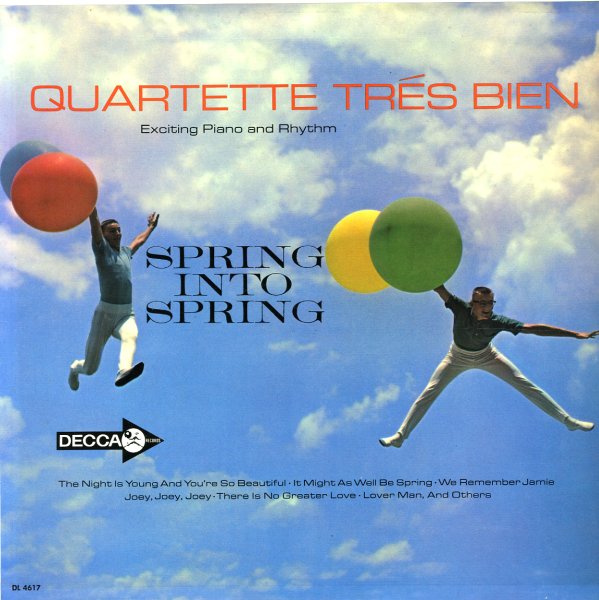 An obscure one from the Quartette Tres Bien – one of their first new albums for the Decca label, and a lyrically beautiful set of piano and percussion tracks with a heck of a lot of soul! The approach is similar to that used on many of the group's other ones from the time – piano trio soul jazz, augmented with additional percussion on bongos and congas. There's a good ear for the tunes on the set – and apart from the album's two great original numbers ("Accidentaly On Percy" and "We Remember Jamie"), the rest of the set's got some well-chosen numbers that let the band open up in complicated rhythms. Titles include "Lover Man", "The Night Is Young & You're So Beautiful", "Joey Joey Joey", and "It Might As Well Be Spring".  © 1996-2021, Dusty Groove, Inc.
(Sealed original stereo pressing! Shrink is open slightly along the opening edge, but tight overall.)