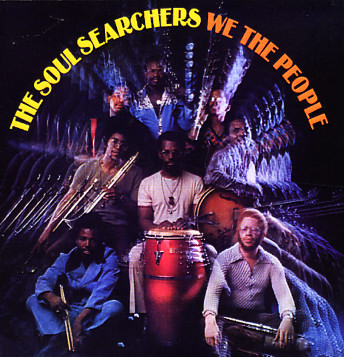 One the all time great funky albums of the 70s – a mad little record with a sense of rhythm and timing that was years ahead of its time! The Soul Searchers (along with Chuck Brown) later became known for their heavy-hitting Go Go work at the end of the decade – but here, they're a really free-thinking outfit with a lot of jazz in their funk – and a willingness to change up the beats and timings in ways that push the record miles ahead from an average funk outing. Tracks swirl around with an amazing intensity – supported by guitar work from Brown, organ from Hilton Felton, and some really great horns from Don Tillery and Lloyd Pinchback. The album features a wonderful remake of "Think" – plus the great originals "1993", "Soul To The People", "Blowout", and "We The People".  © 1996-2022, Dusty Groove, Inc.