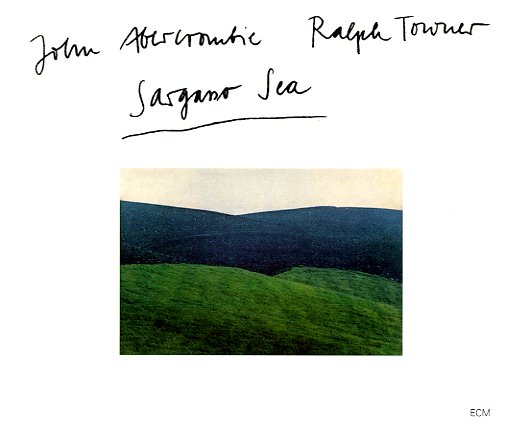 A classic acoustic set on ECM – a pairing of guitarists John Abercrombie and Ralph Towner, working here together in a beautifully spare sound! The album predates the bigger wave of work like this that would soon become cliched by the start of the 80s – and both players stretch out with sensitivity not always found on some of their other albums. Abercrombie plays mostly acoustic, but also some slight electric guitar – mostly in the background – and Towner plays 12-string and classical guitars, and a bit of piano as well. Titles include "Sargasso Sea", "Fable", "Avenue", "Elbow Room", "Parasol", "Romantic Descension", and "Staircase".  © 1996-2022, Dusty Groove, Inc.
(Sealed US pressing! Cover has a small cutout mark.)