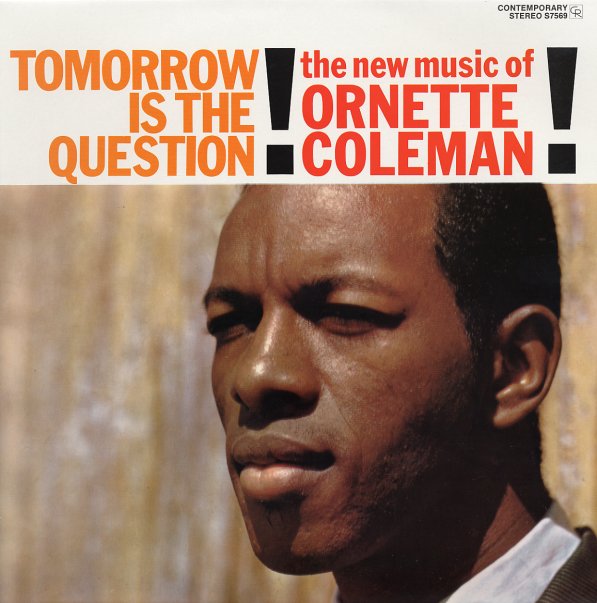 Tomorrow may be the question, but the record screams "today!" – and even this many years after its recording, this early set by Ornette Coleman has an energy and presence that cannot be denied! The sound here is kind of a rougher take on the mode that would gel more strongly on Ornette's Atlantic albums – but even so, it's still incredibly fresh, and well worth seeking out – especially as an example of the sharper edges that were bursting forth from the once-cool west coast scene! Coleman's on alto sax and Don Cherry is on trumpet – but they're not joined by their more familiar associates, and are instead working with a more conventional rhythm team that includes either Percy Heath or Red Mitchell on bass, and Shelly Manne on drums – all clearly trying to make a bit of sense of Ornette's approach here, but in a way that also creates a great sense of tension on the record! Tracks are shortish, with great solos by Ornette and Cherry – and titles include "Tomorrow Is The Question", "Endless", "Rejoicing", "Lorraine", "Turnaround", "Tears Inside", and "Giggin".  © 1996-2021, Dusty Groove, Inc.
(Out of print.)

Harlem Blues
Contemporary, 1969. Used
CD...$6.99
A later issue of material recorded in the late 60s by Phineas for Contempoary – tunes from the sessions for the album Please Send Me Someone To Love, but which didn't make the cut at the time – and are here issued a decade after the original recordings! The group on the set features ... CD

Blue Odyssey
Prestige/OJC, 1968. Used
CD...$11.99
An excellent Houston Person set from the late 60s – and a record that's unlike any other that he did at the time! The groove here is a bit less funky, and a bit more conceptual – kind of a soaring vibe that's still quite soulful, but in less of the stock soul jazz mode that Person was ... CD