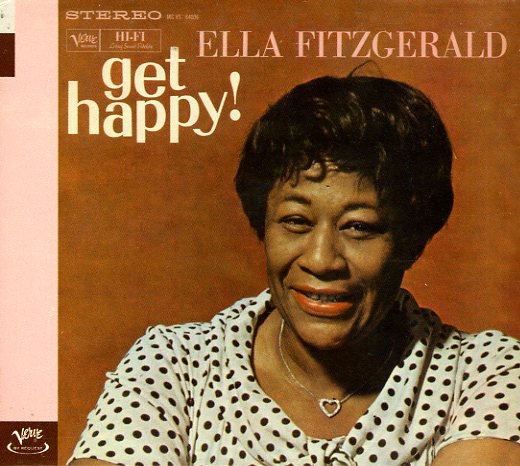 Arrangements by Nelson Riddle, Russ Garcia, and Frank DeVol! Titles include "Moonlight Becomes You", "Cheerful Little Earful", "You Make Me Feel So Young", "Like Young", "You Turned The Tables On Me", and "Beat Me Daddy Eight To The Bar".  © 1996-2021, Dusty Groove, Inc.
(Out of print.)

Complete 1950 to 1960 Piano Duets
Verve/Essential Jazz (Spain), 1950s. Used 2 CDs
CD...$12.99
A wonderful way to hear the genius of Ella Fitzgerald at its best – as the set features all tracks that just have the first lady of jazz singing alongside a piano – spare, open, and in a way that really lets you get all all the care and nuance that Ella can bring to a tune! Most of the ... CD

Ella Fitzgerald Sings Sweet Songs For Swingers
Verve/Universal, 1958. Used
CD...$9.99
A nice one from Ella – and a good move past the Songbooks mode that sometimes dogged her years on Verve a bit too much! This set has Ella singing to light arrangements by Frank DeVol – nothing fancy, but a good set of tunes that are perfect for the lovely style that Ella was hitting ... CD