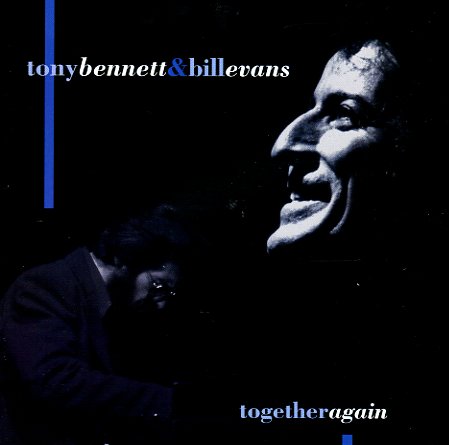 A great second pairing of this hip team – further proof that Tony Bennett was a hell of a jazz singer when he wanted to be! Titles include "You're Nearer", "Lonely Girl", "You Must Believe In Spring", "Two Lonely People", and "The Bad & The Beautiful".  © 1996-2021, Dusty Groove, Inc.
(Out of print. Gold promotional stamp on booklet and punch through barcode.)

Rock Swings
Verve, 2005. Used
CD...$2.99
Call us crazy, but this is one of our favorite albums in years! We'll be honest, and say that we've never been big fans of Paul Anka – but take it from us, the Anka on this album's a lot different than the one you may know from the past! Anka's completely reinventing himself here – ... CD

Jazz In Paris – Pianist – Les Blue Stars
Universal (France), 1954. Used
CD...$9.99
2 lesser-known sides of Blossom Dearie – both recorded in Paris in the 50s! The first 8 tracks on the set are from a rare 10" session recorded in 1955 – one that features Blossom only at the piano, not singing, but swinging in a solid trio format. Tracks on that session include ... CD

Root Down EP
Grand Royal, 1995. Used
CD...$3.99
The funky Root Down EP by the Beastie Boys – riding high on a mid 90s creative peak! Root Down featuring a trio of versions of the title track and Ill Communication album standout, based on the Jimmy Smith's classic of the same name – and in hindsight, you really have to hand it to the ... CD