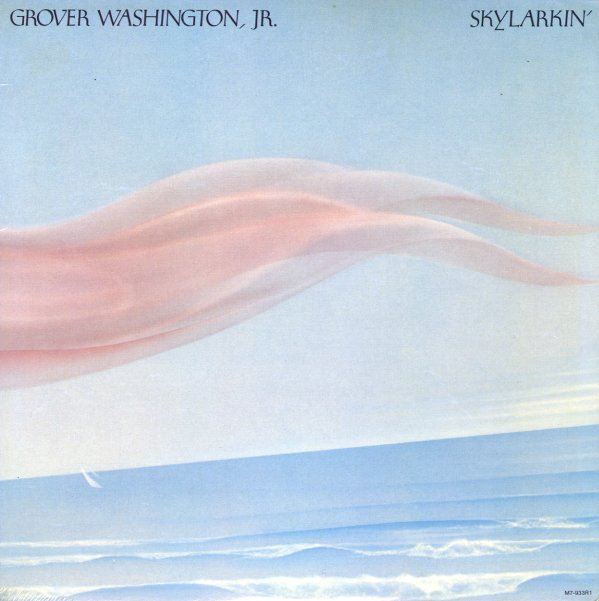 Sweet Motown grooving from Grover Washington – a set that has him working with slightly larger backings than his Kudu years, but in a way that still lets his soulful horn stand strongly out front! As always, Washington is a killer talent on the soprano sax – able to inflect the instrument with these soulful twists and turns that he virtually invented at the time, and which so many others have tried to copy over the years. Yet the set also has Grover on a bit of tenor and baritone sax, too – plus some flute – all over arrangements mostly handled by the man himself, with a bit of help from William Eaton. Titles include "Snake Eyes", "Bright Moments", "Easy Loving You", "Love", and "I Can't Help It".  © 1996-2022, Dusty Groove, Inc.
(Original pressing. Cover has light wear and some small peeled spots at the bottom right.)

Soul Box
Kudu, 1973. Near Mint- 2LP
LP...$14.99
One of the richest albums from the Kudu years of Grover Washington – a double-length set that shows the full range of his soul and imagination! The album was done in collaboration with Bob James – who arranged and conducted all tracks, and also plays keyboards on the date – and ... LP, Vinyl record album

Feels So Good
Kudu, 1975. Near Mint-
LP...$11.99
An incredible batch of electric funk from Grover Washington Jr – easily one of his best albums ever! The record really picks up from the sweet CTI sound of the 70s – taking Bob James arrangements with a lot of space and electric keyboards, and letting Groover blow some wonderfully ... LP, Vinyl record album