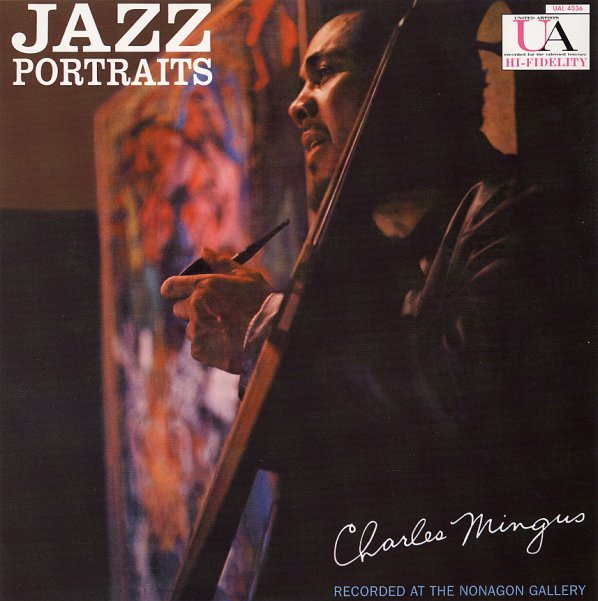 One of the great lost sessions in the Mingus canon! Mingus leads a sharp small group here, a quintet featuring Booker Ervin, John Handy, Richard Wyands, and Dannie Richmond, of course. The session was recorded live at the Nonagon Gallery in New York, and has that sort of arch-modernist groove that was Mingus' hallmark in these key late 50's years. Ervin, as always, is amazing, and John Handy, who makes his recording debut here, demonstrates the genius that Mingus had for spotting brilliant young players as he plays with the sort of imagination and intensity that he only ever managed to hit again on one or two of his own records as a leader. The record's got 4 long tracks, including long takes of "Nostalgia In Times Square", "Alice's Wonderland", and "No Private Income Blues".  © 1996-2021, Dusty Groove, Inc.
(Out of print.)