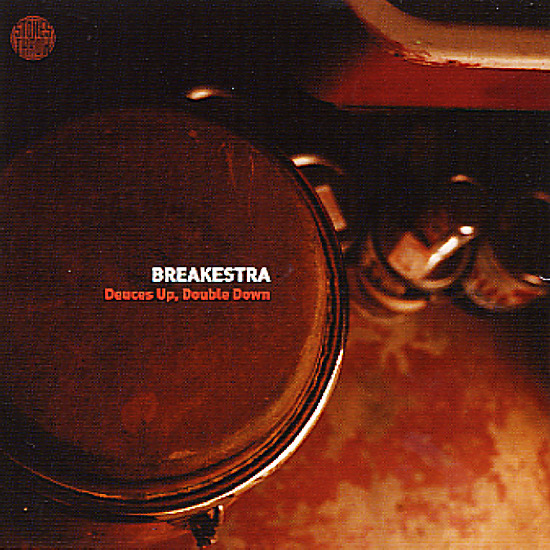 Deuces Up, Double Down EP

The funky titans are at it again! "Deuces Up, Double Down" is a killer new track from the group – an original tune written by drummer Miles Tackett, with a heavy scattershot beat at the bottom, and lots of loud, fast, honking horns over the top. The guitar player's licking away at the cut too – and the whole thing's a delightful romping funky groove! CD version also includes a great cover of "Humpty Dump", the scratchy guitar groover originally cut by The Vibrettes – plus a "Funky Soul/16 Corners" medley, recorded live in LA at one of the band's smoking shows!  © 1996-2021, Dusty Groove, Inc.