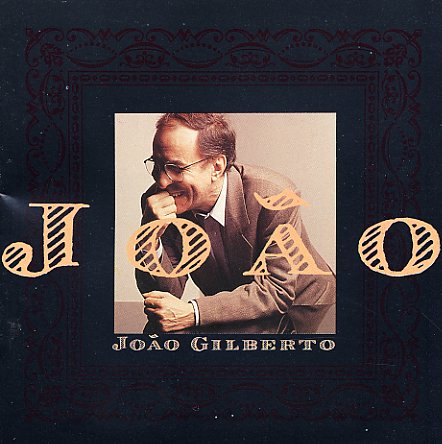 A later album by bossa legend Joao Gilberto – but with all the fragile brilliance of his best early work! The album features arrangements by Clare Fischer – the wonderful talent behind some of the best Brazilian-tinged jazz sessions of the 60s and 70s, a perfect accompanist to Joao's vocals and guitar for the set. Fischer's orchestrations never get in the way – and Joao is out front in a warm and intimate style, showing a rich expressive power even in his later years. Titles include "I Really Samba", "Sampa", "Smiled At Me", "A Woman", and "My Heart & I".  © 1996-2022, Dusty Groove, Inc.
(Out of print.)

Samba '68
Verve, 1968. Used
CD...$11.99
One of the grooviest Verve albums of all time – a rare American session from Brazilian legend Marcos Valle – and his only US album to feature vocals! The album's even dreamier than Valle's early bossa sides from Brazil – and the setting has some nice Verve-like touches from ... CD

Once I Loved
Verve, 1992. Used
CD...$9.99
Incredibly great work from Toninho Horta – especially considering that the album's a US release from the early 90s! Horta's working here in a tight trio with Gary Peacock on bass and Billy Higgins on drums – both players we can trust to keep things real, and help Toninho hit a groove ... CD

Man From Ipanema (disc 2 missing!!!)
Verve, 1960s/1970s/1980s. Used 3 CDs
CD...$24.99
A beautiful package – as beautiful as the music of Jobim, and one of the true fitting tributes to his genius! The set is a retrospective of the work of Antonio Carlos Jobim – and it features tracks that stretch back to his early recordings for Verve, CTI, and Philips (from both the US ... CD

Jobim (aka Maita Pere)
Verve/MCA, 1973. Used
CD...$9.99 (CD...$14.99)
An incredible moment of genius from Jobim! The record features one of the best versions of "Aqua De Marco" ever recorded – done up in these haunting blue chords, backed by great baroque orchestrations, which descend and trail off, then come sweeping back in. The whole album's just ... CD

Aquarela Do Brasil
Verve/Philips (Germany), 1969. Used
CD...$11.99 14.99
A one of a kind record that still sparkles as brightly today as it did back in the late 60s – an amazing collaboration between Brazilian vocalist Elis Regina and Scandinavian jazzman Toots Thielemans – done in a style that easily makes it one of the best records ever from both artists! ... CD

Jobim (aka Maita Pere)
Verve (Japan), 1973. Used
CD...$14.99 19.99 (CD...$9.99)
An incredible moment of genius from Jobim! The record features one of the best versions of "Aqua De Marco" ever recorded – done up in these haunting blue chords, backed by great baroque orchestrations, which descend and trail off, then come sweeping back in. The whole album's just ... CD

Luiz Bonfa – Composer Of Black Orpheus Plays & Sings Bossa Nova (Japanese paper sleeve edition)
Verve/Universal (Japan), 1962. Used Gatefold
CD...$14.99
One of the earliest of the classic Verve bossa nova sessions of the 60s – and a wonderful showcase for the talents of guitarist Luiz Bonfa! Most of Bonfa's previous recordings were done in a very spare or solo mode – and this set makes a nice change by adding in some larger ... CD