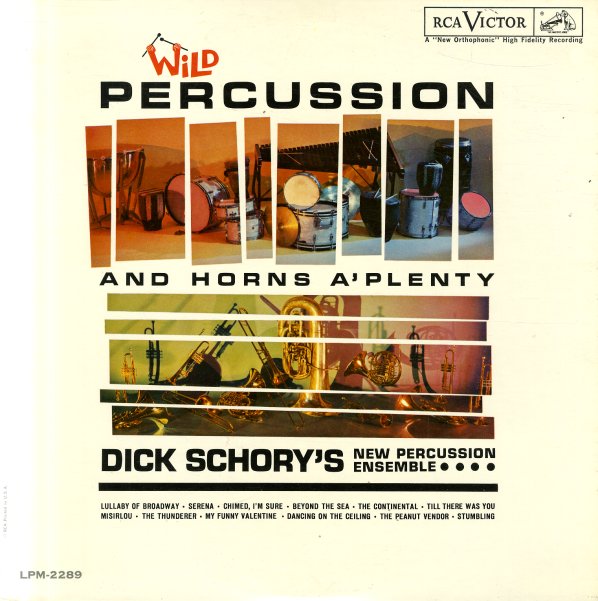 Classic percussion and brass recording by one of the loudest conductor/arrangers in the business. Tracks include "Stumbling", "The Thunderer", "Misirlou", and "Chimed, I'm Sure" (get the joke?).  © 1996-2021, Dusty Groove, Inc.
(Living Stereo pressing with deep groove. Cover has light wear and aging.)