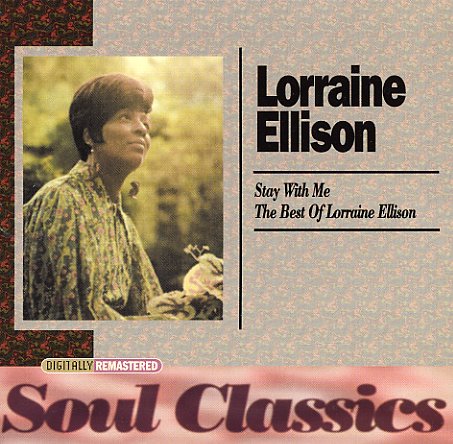 Stay With Me – The Best Of Lorraine Ellison

A great collection of tracks by one of the most-overlooked female singers of the late 60s! The set's put together by Ichiban, but it features 23 tracks from Lorraine's years at Warner Brothers – including nearly all of her hard to find Stay With Me album, a few b-sides, and even some unissued material. The overall sound is a mix of smooth production with Lorraine's raw gospelly vocals – and tracks include "Doin Me Dirty", "Stay With Me", "A Good Love", "I've Got My Baby Back", "I'll Fly Away", "I'll Be Home", and "Only Your Love".  © 1996-2021, Dusty Groove, Inc.
(Out of print. Barcode has a cutout hole.)

Superfly
Curtom/Ichiban, 1972/1996. Used
CD...$4.99
Curtis Mayfield's lasting classic – and an album that the world will remember forever! Apart from being his hugely successful entry into the blacksploitation soundtrack field, this album's also a monster set of grooves that includes some of Curtis' funkiest work ever – a record that ... CD