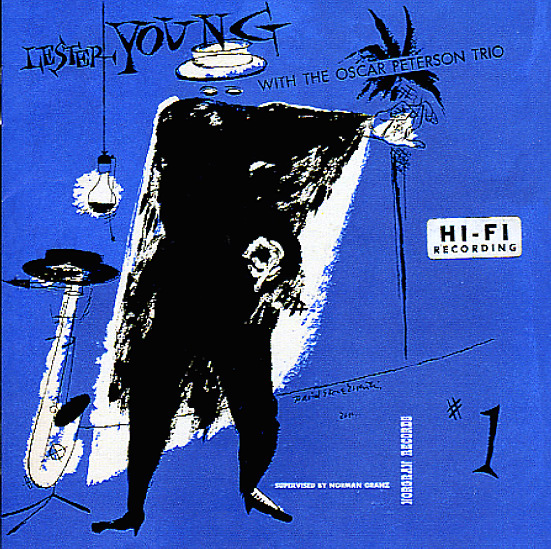 Lester Young joins the Oscar Peterson trio – and the result is a classic meeting of the minds from early 50s Verve! Young's tone is tremendous throughout – that sharp-yet-cool style that had such a big influence on other 50s players, and which gets some great support here from Peterson's group, which also features guest guitar from Barney Kessel. Oscar's piano lines are a bit more forceful than usual – possibly because of the presence of Prez – and titles include "I Can't Get Started", "Ad Lib Blues", "Just You Just Me", "Two To Tango", "I'm Confessin", "There Will Never Be Another You", and "Almost Like Being In Love".  © 1996-2022, Dusty Groove, Inc.
(Verve Master Edition. Minor wear on spine – otherwise in great shape!)