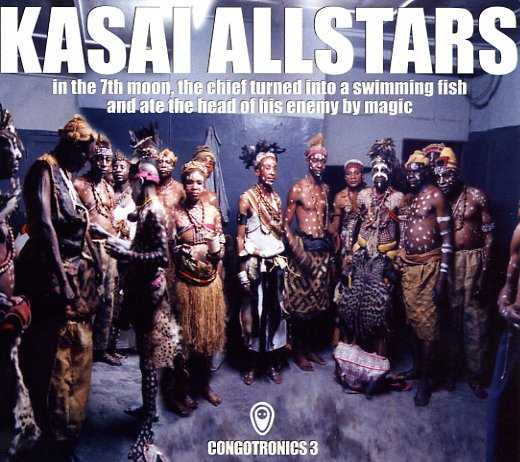 One of the most compelling entries so far in the all-great Congotronics series – a set of highly percussive work from this unique ensemble! The Kasai All Stars is a collective of members from six other groups – all working here in Konono-like territory that's heavy on distorted rhythms from electrified thumb piano and xylophones, then topped with some great guitar lines that link the music to older African traditions – all with a sound that's completely hypnotic and downright other-worldly! There's vocals on most of the tracks, but the real appeal of the record is the instrumentation, which is totally great – a mindblowing blend of sounds that shows that there's still plenty of key musical changes taking place in the African scene. Titles include "Quick As White", "Mukuba", "Beyond The 7th Moon", "Analengo", "Mpombo Yetu", "Mbu A Matumba", and "Drowning Goat".  © 1996-2021, Dusty Groove, Inc.