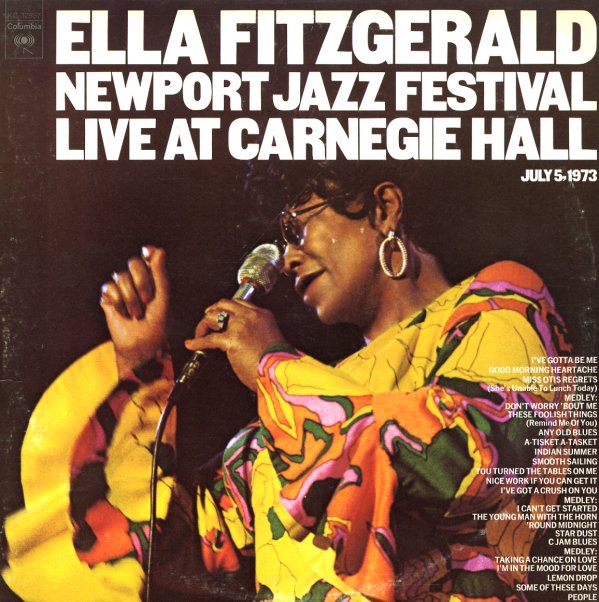 A great set from Ella Fitzgerald – recorded at Carnegie Hall during a stretch when Fitzgerald was hitting new worldwide fame, and singing a lot of groovy contemporary tunes – but done here in a very old school style that hearkens back to Ella's earliest days in the jazz world! The orchestra here is that of Chick Webb, directed by Eddie Barefield – who brings a vintage swing to the music that's mighty nice, and free from some of the more modern modes of some of Fitzgerald's studio work of the time. The live setting allows for Ella to open up nicely on some tunes – especially some of the medley numbers, which may well be some of the most entertaining on the record. Ella sings with some backing from Ellis Larkins on piano on a few numbers – and a few other tracks are instrumental, with work by Tommy Flanagan on piano, Eddie Lockjaw Davis on tenor, and Al Grey on trombone. Titles include "Stardust", "Some Of These Days", "I've Gotta Be Me", "C Jam Blues", "Smooth Sailing", "Indian Summer", and "Lemon Drop".  © 1996-2021, Dusty Groove, Inc.
(180 gram UK Pure Pleasure remaster.)