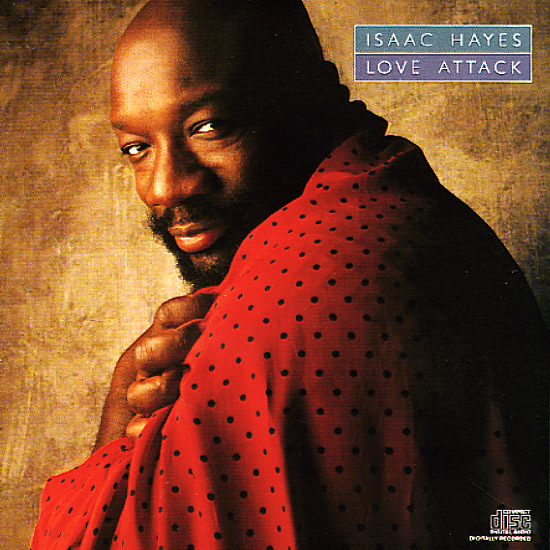 The sound's a bit different, but the man himself has lost none of his charm – the legendary Isaac Hayes, stepping out here near the end of the 80s, in all of his mature, masculine power! Instrumentation definitely marks the date of recording – Ike's got more synth than piano or keyboards in the mix, and the beats are mostly electric, too – yet that vocal approach is still as strong as ever, whether Hayes is crooning a love ballad, or delivering a few of his trademark "rap" tracks – as spoken introductions to a tune that take us back to the way he delivered things on his first few solo albums for Stax. Titles include "She's Got A Way", "Foreplay Rap", "I Stand Accused 88", "Accused Rap", "Love Attack", "Showdown", and "Let Me Be Your Everything".  © 1996-2023, Dusty Groove, Inc.