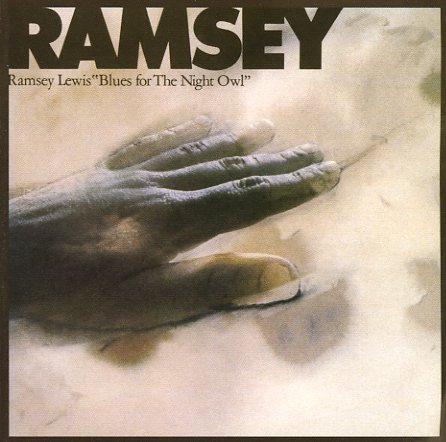 Blues For The Night Owl

A cool collection of work from Ramsey Lewis' legendary 70s years on Columbia Records – a sweet little set that's filled with overlooked moments that really show the full spectrum of Ramsey's expanded talents at the label! Some cuts are spare and acoustic, others are electric – and there's a sophisticated groove here that goes way past easy crossover material or smoother jazz cliches. The set list is great – and titles include "Looking Glass", "Morning", "Blues For The Night Owl", "Please Send Me Someone To Love", "That's The Way Of The World", "Nicole", "You Are The Reason", "Intimacy", and "I Just Can't Give You Up".  © 1996-2022, Dusty Groove, Inc.
(Out of print.)

Tequila Mockingbird
Columbia, 1977. Used
CD...$6.99
Sweet electric Ramsey Lewis – an overlooked gem from the Columbia Records years, filled with loads of great grooves, and some pretty mighty keyboards! Part of the record has Ramsey working with Larry Dunn of Kalimba Productions – getting plenty of the Earth Wind & Fire groove that ... CD

Classic Encounter
CBS, 1988. Used
CD...$3.99
The Ramsey Lewis Trio encounters Chi-Town arranger James Mack and the Philharmonia Orchestra. Tracks include "After The Rain", "Spiritual", "Summer Of '42", "With A Gentle Touch", and "Earle Of Salisbury Pavane". CD

Genius Of The Electric Guitar (4CD set) (amp box edition)
Columbia, Late 30s/Early 40s. Used 4 CDs
CD...$39.99
Amazing work from guitarist Charlie Christian – an artist who only recorded for a few short years before an untimely early death – but a player whose work went onto have a huge impact on both the guitar and jazz music in general for years to come! Charlie's playing has a sharp edge ... CD