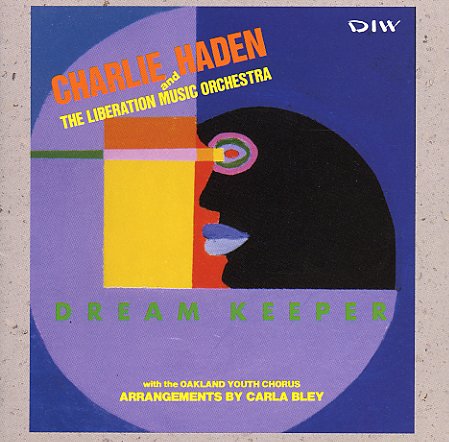 A lost chapter in the all too short history of Charlie Haden's Liberation Music Orchestra – an album recorded shortly after the group's better-known album for ECM in the 80s! Like other Liberation Music outings, Carla Bley is a very strong presence on this set – penning original tunes for the album, handling arrangements, and sharing Charlie Haden's love of rhythms and inspirations from Latin and African sources – inspirations that are brought in subtly, and shaped to fit the overall spirit of the group. Players include Tom Harrell, Ken McIntyre, Joe Lovano, Dewey Redman, and Ray Anderson – and titles include "Dream Keeper", "Rabo De Nube", "Nkosi Sikelel'I Afrika", and "Sandino".  © 1996-2021, Dusty Groove, Inc.
(Out of print US pressing.)