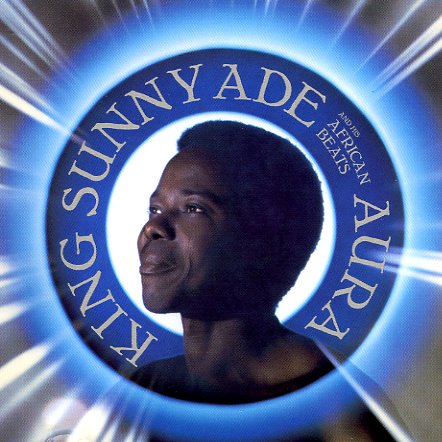 A crucial record in the early days of the global scene in the 80s – a set that lifts the music of King Sunny Ade from its roots in Nigeria, and mixes it up with some fresh elements that really open things up for a world's worth of ears! The approach isn't commercial – at least not in the modes of the later world music years – but there's occasional elements that echo the beat culture rising up in New York and London, mixed with the warmer sounds that were always at Sunny's music – especially that way of making the acoustic percussion and basslines come together in flowing waves of completely sublime sound! All tracks are nice and long – and titles include "Gboromiro", "Oremi", "Ire", "Iro", "Ogunja", and "Ase".  © 1996-2021, Dusty Groove, Inc.
(US pressing. Cover has light wear and an ink stamp on the back.)