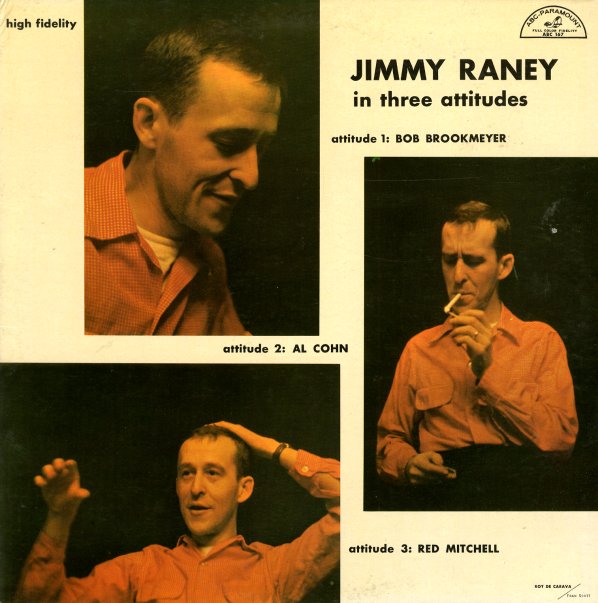 Strong small group work from Raney – recorded in his mid 50s prime! The "Three Attitudes" in the title are Bob Brookmeyer, Al Cohn, and Red Mitchell – each of whom play with Raney in one of the album's different groupings. Most tunes are cut in quartet or quintet format, with a bop-driven groove – and Raney's got that wonderful tone he was sporting at the time, hard, yet still with a lot of warmth. Titles include "Fanfare", "So In Love", "On The Rocks", "Up In Quincy's Room", and "Passport To Pimlico".  © 1996-2021, Dusty Groove, Inc.
(Mono black label pressing, with deep groove. Cover has some aging and a bit of wear on the bottom seam – but vinyl is nice and clean.)

Sketches Of Spain
Columbia, 1960. Very Good+
LP...$24.99 (LP...$22.99)
A beautiful collaboration between Miles Davis and the great Gil Evans – and perhaps the most perfectly realized of all their projects! The album's got a wonderfully unified feel – as it begins with long compositions that have a distinct Spanish-tinge (and not a Latin-tinge, which is an ... LP, Vinyl record album

Kenton In Hi-Fi
Capitol, 1956. Very Good+
LP...$4.99
Easily the most successful album that Stan Kenton ever recorded – a brilliant reworking of older Kenton band standards, done with the dynamics of the 50s hi fi scene! The album's a much-needed one to any fan of Stan's genius – as the tunes are presented here in recordings that really ... LP, Vinyl record album

Goin' Latin
Cadet, 1966. Very Good+
LP...$5.99
Goin Latin, and goin groovy too – thanks to some wonderful arrangements from Chicago soul legend Richard Evans – who really helps Ramsey Lewis open up his sound on the set! The format's less straight Latin than you might expect from the title – and Evans brings in a bouncing, ... LP, Vinyl record album