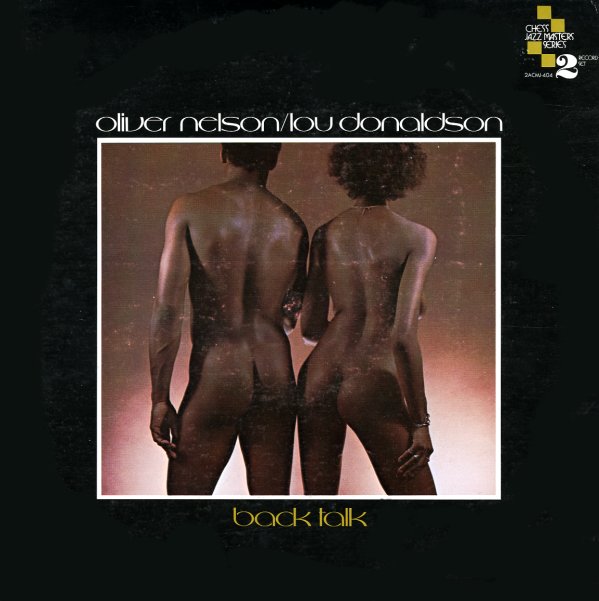 A 70s 2-fer that combines 2 albums recorded for Cadet in the mid 60s – one issued under Nelson's name, the other under Lou Donaldson's, but both featuring arrangements by Nelson. The Nelson LP is a pretty darn nice session in which Nelson is the lead soloist with a large group that includes Phil Woods, Jerome Richardson, Patti Brown, and Art Hoyle. Nelson plays tenor throughout, and the band has a very tight swing, in keeping with Nelson's incredible arranging style on albums like those he cut with Jimmy Smith. Tracks include "Daylie's Double", "Laz-ie Kate", "Teenie's Blues", and "Three Plus One". The Lou Donaldson LP is one of Lou's more unique sides of the 60s – as the album features him as the main soloist over arrangements by a group headed up by Oliver Nelson. As has been ably demonstrated on many sides on labels like Verve, Impulse, and Capitol – there's no better talent than Nelson for taking a strong soulful player, and putting him into a context that will let him solo at his best, and not be overwhelmed by the band. There's some nice organ in the group, and titles include "Tippin In", "Back Talk", "Huffin N Puffin", and "Ignant Oit".  © 1996-2021, Dusty Groove, Inc.
(Cover has ring and edge wear.)