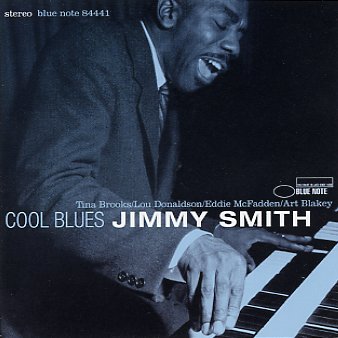 Proof that at his start, Jimmy Smith had a greatness that knew no bounds – as the album's one of a few that Blue Note recorded in the late 50s, but never issued until many years later – even though they had already released so many amazing records from this period! The set has Jimmy really cooking away – playing live at Small's Paradise, in a group that has Lou Donaldson's alto on just about every track, and tenor from Tina Brooks on most of the others too. Tunes are tighter and shorter than on the more jam session albums, which makes for a nice change – and titles include "Groovin At Smalls", "Dark Eyes", "Cool Blues", and "A Night In Tunisia" – which begins with an announcement from Babs Gonzales! 8 tracks in all – 4 more than on the 1980 album – with better sound than before as well!  © 1996-2021, Dusty Groove, Inc.
(Out of print.)