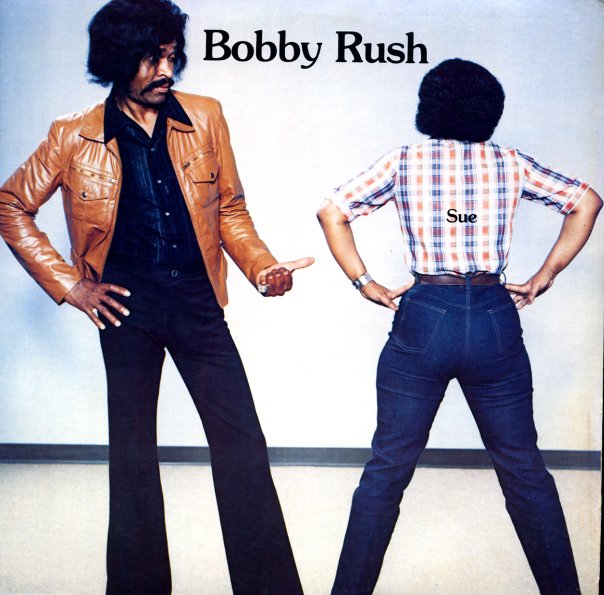 One of Bobby's greatest albums – a mix of electric blues and southern soul, forged in the heat of the Malaco studios in Jackson! The album's titled after Rush's incredible 8 minute track "Sue" – a tale of young love that has a hilarious monologue in the middle about this "high stool/low stool" trick that's worth the price of the album alone. Other tracks include "Think (parts 1 & 2)", "Talk To Your Daughter", "In The Morning", "Straddle The Fence", and "Be Still".  © 1996-2022, Dusty Groove, Inc.