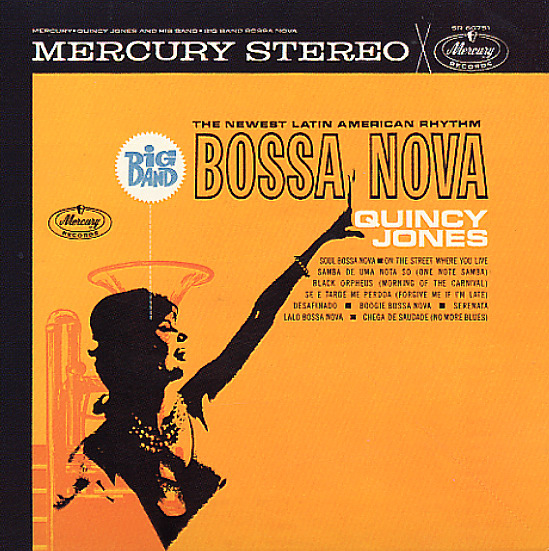 Perhaps THE greatest Quincy Jones album of the 60s – a hard-swinging batch of big band bossa tunes – and one of the greatest American takes on the bossa sound ever! Quincy really brings a lot of soul to the set – syncopating the bottom end of the tunes to really bring out the rhythms, and working with a jazzy flourish of horns that creates all these quick and clever little turns in the tunes! The sound's been heard most famously on the incredible track "Soul Bossa Nova" – an original by Quincy for the set, which has gone onto much greater fame through its use in the film Austin Powers, and a bazillion TV commercials! But the whole album's great too – and other tracks include "Serenata", "Lalo Bossa Nova", "Boogie Bossa Nova", and "Chega De Saudade".  © 1996-2021, Dusty Groove, Inc.

Back On The Block
Quest/Warner, 1989. Used
CD...$3.99 (LP...$9.99)
One of the last really all-star sets from Quincy Jones – and a record that reprises the format of some of his big records of the 70s – like Mellow Madness or Body Heat – in a way that has Quincy surrounding himself with top-shelf artists of all sorts, from jazz soloists, to hip ... CD