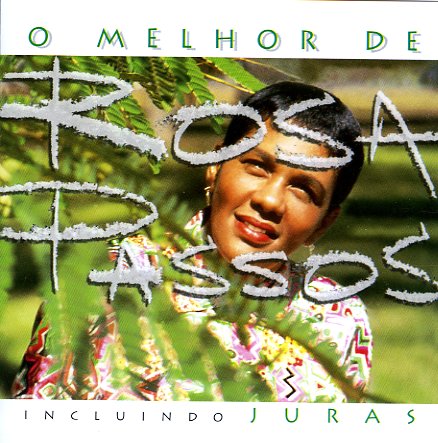 A beautiful little set of modern Brazilian vocal jazz tracks, pulled from the rich recording history of one of Brazil's better recent voices. Rosa's got a style that reminds us of Elis Regina's classic work, especially that from the late 60s with Roberto Menescal – but the overall sound of the recordings is a bit more modern, not in instrumentation (which is spare, simple, and great!), but in recording quality, which is a bit more sophisticated than some of the older Phillips sessions. Rosa's voice is lovely throughout, and the tracks all have a pretty lively feel. Titles include "Curare", "Juras", "Valera A Pena", "Aquas De Marco", "Zanga Zangada", and "Chovendo Na Roseira".  © 1996-2022, Dusty Groove, Inc.
(Out of print.)

Morada Do Samba
Lumiar (Brazil), 1999. Used
CD...$24.99 28.99
Beautiful mellow jazzy bossa from Rosa Passos – featuring a great set of arrangements that really highlight her lovely voice and light lilting guitar. The set's got the usual Lumiar sparkle and polish – and backing is by small groups that feature players like Gilson Peranzzetta, Jorge ... CD

Cartola 80 Ans
Velas (Brazil), 1987. Used
CD...$14.99
A tribute to older samba maestro Cartola, recorded in honor of his 80s birthday, and featuring jazzy interpretations of his tunes by Leny Andrade! Cartola's not on the album at all – except in spirit – and the overall sound is quite different than his own recordings, with small combo ... CD