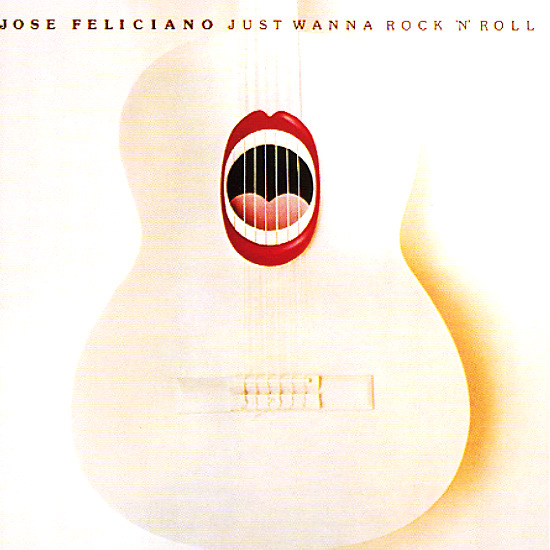 A bit of the rock n roll you might expect from the title, but an album that's still also very firmly in the best spirit of Jose Feliciano's early 70s classics for RCA! The title element seems to come through in stronger use of electric guitar than before – which makes for less of Jose's acoustic, folksy musings – but at the best moments, this guitar is used to bring in a bit more funk, and a bit more bite as well – working some good soulful elements on some of the album's best tracks. The album's got a great cover of "I Can't Get Next To You", which is done with some great Fender Rhodes riffing – plus a remake of Marvin Gaye's "Ain't That Peculiar", done with strong bass work – and Jose's own Latiny groover "Affirmation", which has more acoustic work than other cuts. Other tracks include "Not That Kind Of Guy", "Suspicions", "Marie", "Thank God", "Twilight Time", and "No Jive".  © 1996-2021, Dusty Groove, Inc.

Complete RCA Albums Collection (Cooke's Tour/Hits Of The 50s/Swing Low/My Kind Of Blues/Twistin The Night Away/Mr Soul/Night Beat/ (8CD set)
RCA/Music On Vinyl (Netherlands), Early 60s. New Copy 8CD
CD...$39.99
A legendary run of music from the late, great Sam Cooke – almost all of his recordings for RCA Records, packaged here in one sweet little package! The scope of the set is wonderful – and almost something of a revelation, given that a number of these titles have never appeared on CD in ... CD

Give It Up
RCA/PTG (Netherlands), 1982. New Copy
CD...$11.99
Great later work from Pleasure – a group who are probably best-known for their classic 70s albums on Fantasy Records, but one who kept the groove riding high in some early 80s years at RCA! This set's a shimmering jewel – a great mix of funky rhythms and mellower moments, all wrapped ... CD