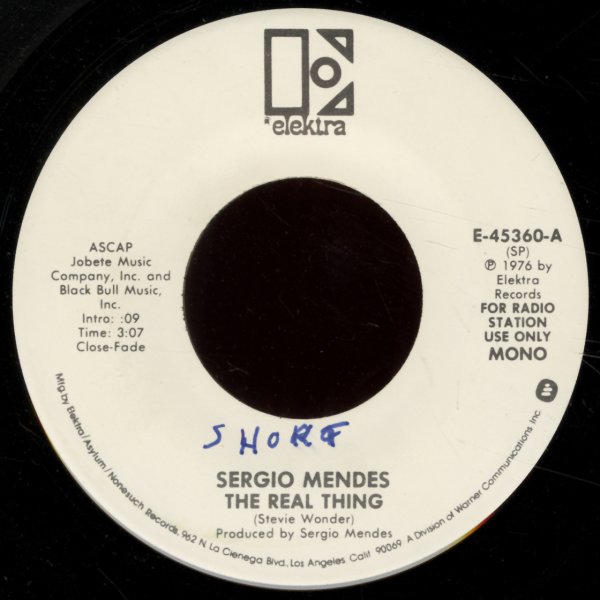 A great little track from Sergio – "The Real Thing" is a funky cover of the Stevie Wonder tune by the same name, done in a tight smooth 70s jazz funk mode, a style that's keep the song fresh for many years to come! "Peninsula" is more of a fusion jamming track – a complicated little groover with keyboards and guitar, and a sweeping finish that reminds us of an Airto album!  © 1996-2021, Dusty Groove, Inc.
(Label has some pen.)