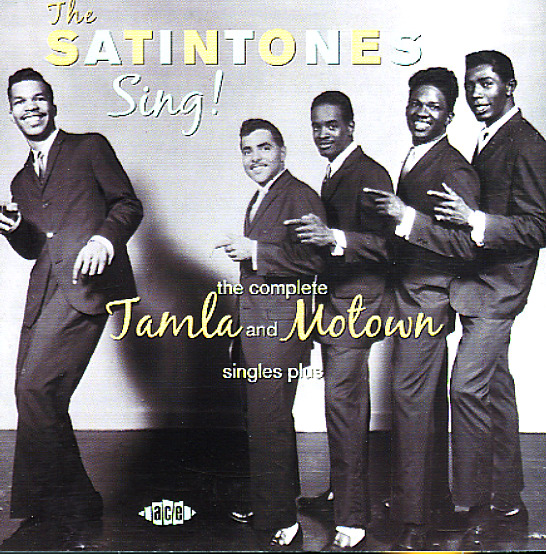 The complete Tamla and Motown singles of The Satintones – the soul, R&B & popular music juggernaut's first male vocal group – and a treasure trove of rare post doo wop from the end of the 50s/beginning of the 60s! It's fascinating for the history herein – the group is hugely under-anthologized in a world of myriad Motown compilations – which is a real shame, as you'll hear in this sweet set – with numbers that rely on the doo wop influences as well as tunes more devoted to lead vocals – with a slew of early Berry Gordy productions and compositions. The set includes the then legally challenged Shirelles knockoff/answer song "Tomorrow and Always" plus "Motor City", "Going To The Hop", "Sugar Daddy", "A Love That Can Never Be", "Foot Stomping Time", My Kind Of Love", "Boogie Woogie Heart", "Because I Love You", "You Can't Beat My Lovin" and many more. 26 tracks in all.  © 1996-2021, Dusty Groove, Inc.
(Limited edition of 3000 copies.)