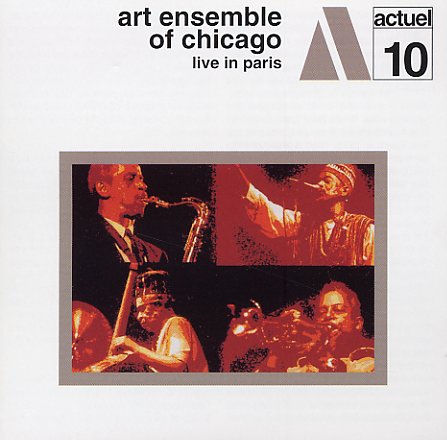 Seminal work from the Art Ensemble of Chicago – recorded during their most creative period ever! The album was recorded live in October of 1969 – at a time when the group had pulled up roots and moved to France for a few years, bursting on the European scene with unique creativity that was not getting the recognition it deserved in their hometown of Chicago. The studio sets from this time are already the stuff of legend, and have thankfully made it back on reissue heavily the past few years – and this brilliant live set stands perfectly next to them – matching any of the LPs in the Great Black Music series on BYG/Actuel for sheer creative brilliance and soulful energy! Fontella Bass joins the group for a bit of vocals, and the 2CD set features 2 long tracks – "Bon Voyage" and "Oh Strange".  © 1996-2022, Dusty Groove, Inc.
(Out of print and still sealed.)

Third Decade
ECM, 1985. Used
CD...$11.99
A surprisingly great little album – recorded on the occasion of the Ensemble's third decade in music, and a record that sounds a lot better than we remember! At the time of release, we kind of "pooh poohed" this one because of its divergence from some of the group's other styles ... CD

Devotion
Fuel 2000, 1970. Used
CD...$8.99
An intensely jamming album from guitarist John McLaughlin – and a record that set a whole new tone for electric jazz in the 70s! The album was recorded shortly after McLaughlin's work with Miles Davis on Bitches Brew and Tony Williams on the first Emergency album – and in a way, it's a ... CD