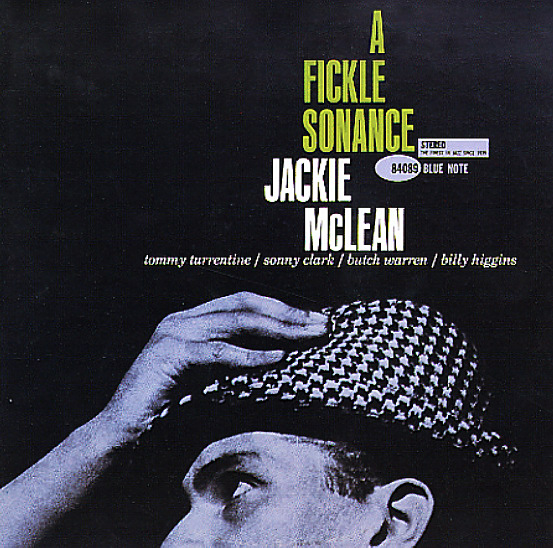 Stunning! This is one of Jackie McLean's best-ever albums, and it's a haunting mix of hard bop and some of the more modernist tendencies that would inform his "new thing" period. Butch Warren plays bass, and he drives the set with an intensity that reminds us of Mingus – and which fits perfectly with Jackie's writing, which is influenced here clearly by the time he spent with Mingus. The title cut is one of the best tracks you'll ever hear on Blue Note, and both Jackie's alto and Tommy Turrentine's trumpet play fantastic solos all the way through. Sonny Clark's on piano, compin' hard and loud, and the whole LP rolls along with a fantastic sense of urgency that you don't always hear on Blue Note. Bass is by Butch Warren, drums by Billy Higgins, and titles include "Enitnerrut", "Lost", "Five Will Get You Ten", "A Fickle Sonance", and "Sundu".  © 1996-2020, Dusty Groove, Inc.
(Out of print.)