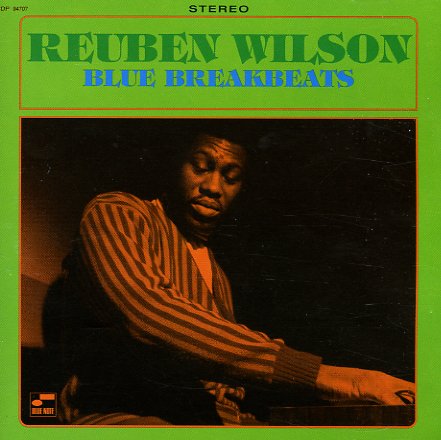 Excellent early work by organist Reuben Wilson – recorded for Blue Note, with a tight jazz funk vibe! Reuben Wilson's original career as an organist had a brief explosive flourish that ran from the end of the 60s to the middle of the 70s – but during that time, he recorded a nice batch of tasty jazz funk records, a number of which are sampled in this collection of breakbeat-oriented tracks from his Blue Note years. Titles on the album include "Hot Rod", "Orange Peel", "Ronnie's Bonnie", "Love Bug", and "Bus Ride".  © 1996-2022, Dusty Groove, Inc.
(Out of print. Mark through barcode, disc has a promo stamp.)