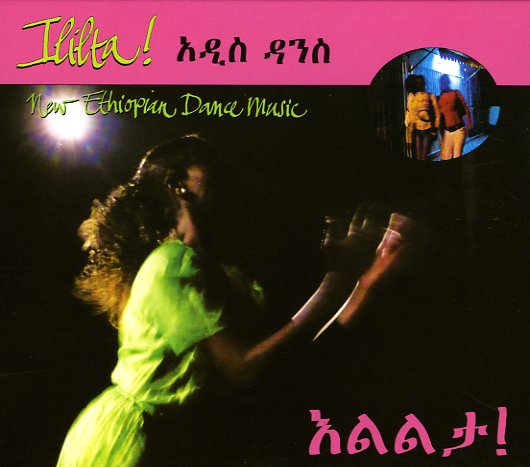 Contemporary grooves from the Ethiopian scene – and work that's almost as compelling as the 70s classics we've dug in the Ethiopiques series! The package illustrates a real revival in the Ethiopian scene of late – a bit of a return to older styles of instrumentation, while still keeping things somewhat current as well – yet often without any use of beats or electronics, as you might find in some other contemporary African scenes. Most of these numbers are highly rhythmic, but in an old school way – and the vocals are often as offbeat as the instrumentation, which includes keyboards, guitars, and some nicely-tuned horns. Titles include "Awdamet", "Ye Gonder Lidj Netch", and "Memyew" by Chalachew Ashenafi, "Ye Salame" by Asfaw Tsege, "Ayada" by Zweyosh Abeye, "Wube Abeba" by Tesfay Wube, "Desse Lay" by Mohammed Jimmy Mohammed, "amamesso" by Habtu Demse, and "Ababille" by Etenesh Girma.  © 1996-2021, Dusty Groove, Inc.
(Includes slipcase.)

Choubi Choubi – Folk & Pop Sounds From Iraq
Sublime Frequencies, 1970s/1990s/2000s. Used
CD...$8.99
A heady brew of unusual music from the Iraqi scene – material that's billed here as folk and pop, but which has a quality that's a lot different than those genres might sound in the US! The folksy cuts often have angular reed work in the mix, which really gives them a sharp edge – ... CD

Teacher Don't Teach Me Nonsense
Barclay (France), 1986. Used
CD...$8.99
An overlooked gem from the 80s years of Fela Kuti – and a set that has the Afro Funk genius working with strong studio help from Wally Badarou! The vibe's still as fierce and frenetic as Fela's classic material – each track takes up a full side of the record, with lots of hard rhythms, ... CD