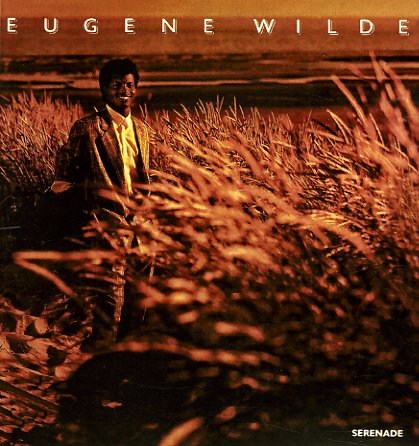 A sultry serenade from Eugene Wilde – one of his great 80s albums for the Philly World label – put together in a mix of warm soul vocals and catchy, upbeat rhythms! Wilde slides into some mellow territory on a few ballads – but most of the set is bubbling over with tracks that have Eugene stepping into Philly modern territory – that boogie-inflected mode that came into the city's scene in the 80s, upbeat and nicely positive overall! Titles include "Prelude", "Good & Plenty", "Don't Say No", "Are You Coming Over", "I Want You", "Here I Go Again", and "Diana".  © 1996-2021, Dusty Groove, Inc.
(Sealed original pressing, with hype sticker. Cover has a cutout notch.)

Versatile Impressions
ABC, 1969. Sealed
LP...$14.99
Less Curtis Mayfield tunes than usual – but the record still sounds great! The arrangements are by Johnny Pate, who handled the group's best work of the 60s – and he gives all the material a great sound that perfectly matches the smooth raspy harmonies of the trio. Curtis contributed ... LP, Vinyl record album