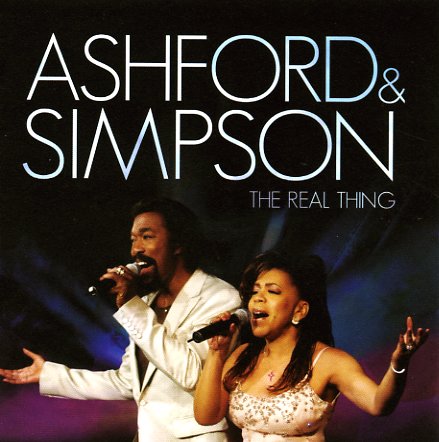 A recent live set from Ashford & Simpson – but a great one too, and a concert that shows they haven't lost any of their charm over the years! The performance is very well recorded, and hardly just a throwaway live date – standing instead as a real tribute to the mighty pairing of Nickolas Ashford and Valerie Simpson – first forged at Motown, then going onto have an undeniable influence on 70s soul. Backings are all pretty great – upbeat and played with a nice sense of spontaneity that matches the energy of the vocals – and although most of the tunes are old hits from the pair, they come off with a nice degree of freshness throughout. Titles include "Ain't Nothing Like The Real Thing", "Your Precious Love", "Stay Free", "Found A Cure", "It's Much Deeper", "Gimme Something Real", "I'm Every Woman", "I'm Not That Tough", "Reach Out & Touch", and "Ain't No Mountain High Enough".  © 1996-2021, Dusty Groove, Inc.